Search
“Inside the Claypot Rice” explores obligations and desires between different generations of a family. Set in a small town, mom-and-pop Chinese-Canadian restaurant, the play follows the Chow family as Jenny, their Toronto-restaurateur daughter, attempts to take over the family business. However, decades of family secrets unfold as Jenny finds out why her parent’s restaurant is so profitable. 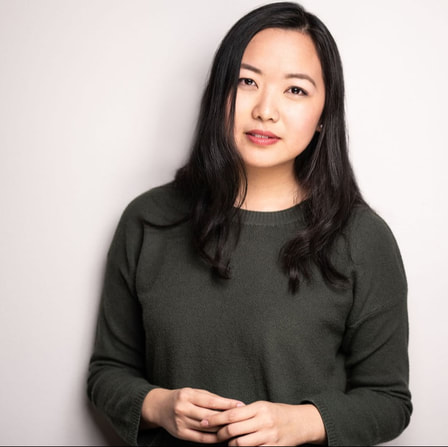 April Siutong Leung 梁筱彤 (she/her) is a performer and creator based in Toronto, raised in Hong Kong. She has worked with many Canadian companies including: Factory Theatre, Soulpepper Theatre, Blyth Festival, Cahoots Theatre, fu-GEN Asian Canadian Theatre, DopoLavoro Teatreale, and Carousel Players. Her current work tends to examine what it means to be Chinese-Canadian, emergent and surveillant technologies, as well as identity and relationships formed through food. April was recently awarded the Ellen Ross Stuart Award to develop “Inside the Claypot Rice”. She was also selected by Cahoots Theatre as one of their thirty theatre-makers who they consider the future, and who they think will shape the next thirty years in Canadian theatre. www.aprilleung.com 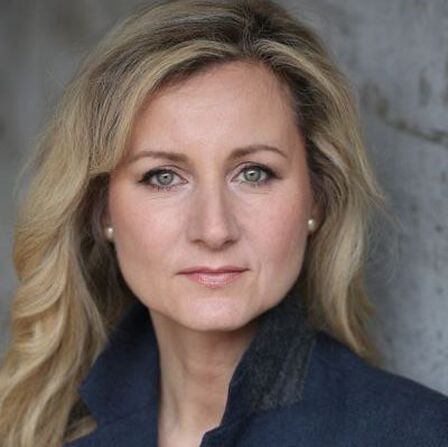 Corrinne graduated in 1998 from Webber Douglas Acadamy of Dramatic Art having previously had a career as a casting director for both theatre and TV. As an actor, her theatre credits includes: Betrayal and Our Town both for The National Theatre; Gwendolen in the Importance of Being Earnest, Margaret in The Holly and the Ivy, Miriam in Strictly Murder, Anne in The Sound of Murder, Elsie in The Ghost Train, Clare in Murder with Love, Olivia in Stone Cold Murder, Liz in The Devil at Midnight and Evelyn in the world premiere of Death Knell; all national tours. Internet series include: Felicia in Terms and Conditions and Lolita in Jackie and Lolita Radio/Audio work includes: Bev in radio soap Greenborne, I Robot and Space Race all for B7 Media/Audible and Agent Harris in The Avengers for Big Finish Productions. TV includes: Dr Helen Thompson in Doctors, Ella Hart in Emmerdale, Kate in Londynczycy (Polish TV series), Holby City, Coronation Street, Life on Mars, Doc Martin, Pig Heart Boy, Grange Hill, Harbour Lights, The Bill and Murder Most Horrid Film includes: Toast, Burnt, Squall, In The Doghouse, and most recently as Arlene in You Might Get Lost for which she won the Best Actress Award at the Miami International Sci-Fi Film Festival 2020. Corrinne is thrilled to be working with The Little Lion Theatre Company on this exciting adventure. 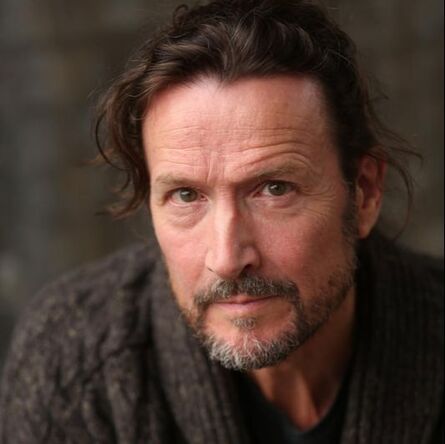 Tom trained at the Manchester Polytechnic School of Theatre and graduated in 1986. He has appeared on stage as Shylock Kolner in Arnold Wesker's 'The Merchant" at The Edinburgh Festival, The Snowman in the first stage adaptation at Leicester Haymarket, Jack worthing in The Importance of being Ernest and David in The Holly and the Ivy (both national tours), Born Yesterday at the Manchester Royal Exchange, All My Sons and Macbeth at the Contact Theatre Manchester, and Cletis T Fullernow in James McClure's Lone Star at The King's Head Islington which subsequently toured Australia ending its run at The Sydney Opera House. He played Mr Causeway in the new play Sex Cells at the Riverside Studios and his most recent theatre was as King Henry II in The Lion in Winter at The English Theatre, Frankfurt. On Television Tom played PC Steve Loxton in The Bill for seven years. He also played Doctor Marc Eliot in the BBC's Doctors for three years. Other television includes Casualty, A Wing and A Prayer, The Bradley Mysteries, Peak Practice, Bugs, Milliband of Brothers, Holby City and many more. Film Credits include Little Bird for Granada, Anxiously Engaged for Ford Films, And When Did You Last See Your Father? and the urban suspense/horror Cherry Tree Lane. Tom is delighted to be working with The Little Lion Theatre Company. 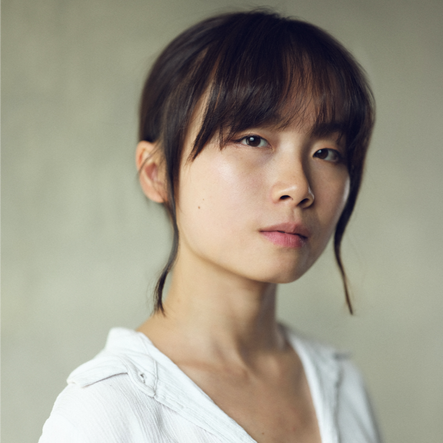 Mengqi is a bilingual Chinese actress currently based in London, United Kingdom. She is  originally from China, and been living in London for about 9 years. She landed a role in Ip ‘Man 4’ starring Chinese superstar Donnie Yen in 2019. Since then She has lead several professional short films and was recently performed at Fringe Future Festival at Pleasance Theatre - ‘Good Citizens’ directed by Kim Pearce. Kim is best known for directing the seven time Olivier and five time Tony Award winning west-end play ‘The Curious Incident of the Dog in the Night-Time’. 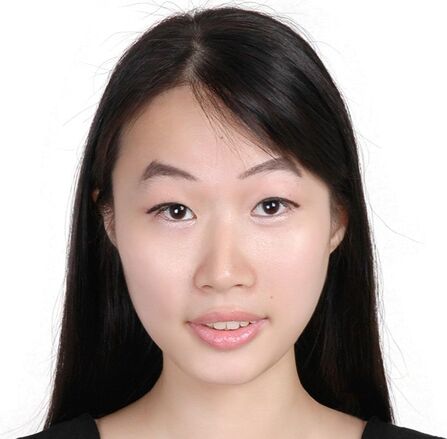 Youyangg Song is a London based Chinese actress. She was born and raised in China. She is finishing her one year Acting Diploma course at Royal Central School of Speech and Drama in 2021. She has worked with many theatre companies as an actress including The Donmar Warehouse, New Earth Theatre, Tramshed Theatre, Dende Collective Theatre and The Albany Theatre. She can speak English, Mandarin Chinese and Cantonese. She has performance experience in Commedia dell'Arte, Comedy, Improvisation, Devising, Clown, Mask, Cabaret, Physical Theatre, Community Outreach, Street Theatre, Outdoor Performance, Rehearsed Readings, New Writing, Digital Theatre, Showcase, Short Film, Voiceover and so on. 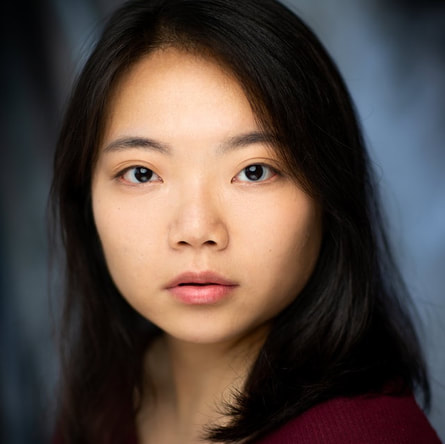 Shu-Wen Tung is Taiwanese, born and raised in Taipei. She is a 2020 graduate from the East 15 Acting School MFA Acting International course and is currently represented by Nancy Hudson. She is keen on exploring and embracing cultural diversity while continuously cultivating her acting skills for delivering untold stories. 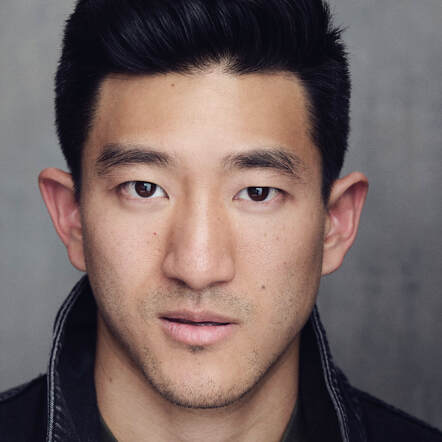 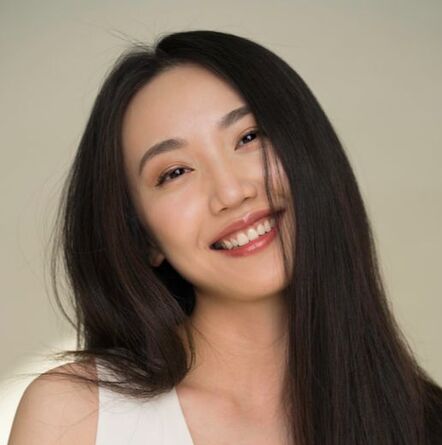 Born in 1993 in Hunan, China, Jane moved to the UK in 2014 and has lived in London since 2018. She received a PhD degree in Urban Studies and Planning from University of Sheffield. Upon graduation, she made the brave decision to leave her academic field and pursue the lifelong dream of performing for the screen. She quickly landed and exceeded in numerous lead roles in short films - notably Once Familiar (2020) on which she worked with her frequent collaborator and friend Rubén González, Crocodilian (2020) with Andy Zhang, and Sunset over the Thames (2020) with Bryan Li.