Search
She's more than just a wicked old witch. Baba Yaga is a legend, usually known as that elderly woman who lives alone in the woods and grinds the bones of the wicked. But what if she was actually a sexy, smart, modern woman operating off of morally ambiguous motives?

A detective finds himself in a small, isolated town asking, what does the disappearance of a young heir to a yogurt empire have to do with some random lore about an old witch? Matched by an apprehensive local sheriff, a university professor with a taste for younger men, and a whole cast of curious characters, the Slavic myth of Baba Yaga twists into a new labyrinth of secret lives, ancient magic, and multiple suspects.

This genre-bending comedic fairy tale meets thrilling whodunit gives voice to an antihero of epic proportions while interrogating how her story has historically been told by men. From now on, you'll remember the name Baba Yaga for the right reasons.

Little Lion's production of Yaga marks the UK premiere of Kat Sandler's hit Canadian play, and was performed at The Drayton Arms Theatre from November 1st to 19th, 2022. 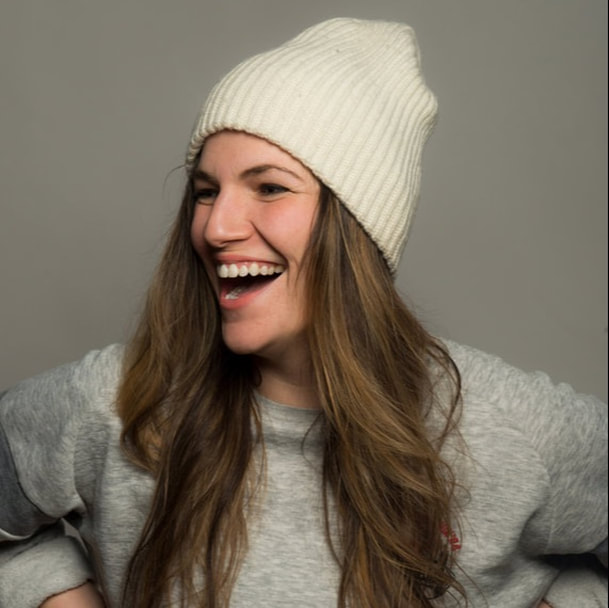 Kat Sandler is an award-winning playwright, director, producer, screenwriter, and the Artistic Director of Theatre Brouhaha in Toronto. Her plays have been performed across Canada and internationally. As a writer/director she has staged seventeen of her original plays, most recently Yaga at the Tarragon Theatre and The Party and The Candidate (two farces designed to be performed concurrently by the same cast!) at the Citadel Theatre. Her play, Mustard (Tarragon Theatre) won the Dora Award for Best New Play, and Bang Bang (Factory Theatre) and Yaga were nominated for the same award. She has created fiction podcasts  for the CBC, Two-Up Productions (Limetown) and the Koffler Centre, and won the inaugural Best New Podcast Award at the Austin Film Festival. As a screenwriter she has written for Kim’s Convenience, and is developing a handful of features and television shows with eOne, Good Question, TJ Content, and the Donaldson Company, as well as theatre works with Soulpepper Theatre and Canadian Stage. She’s a graduate of Queen’s University. 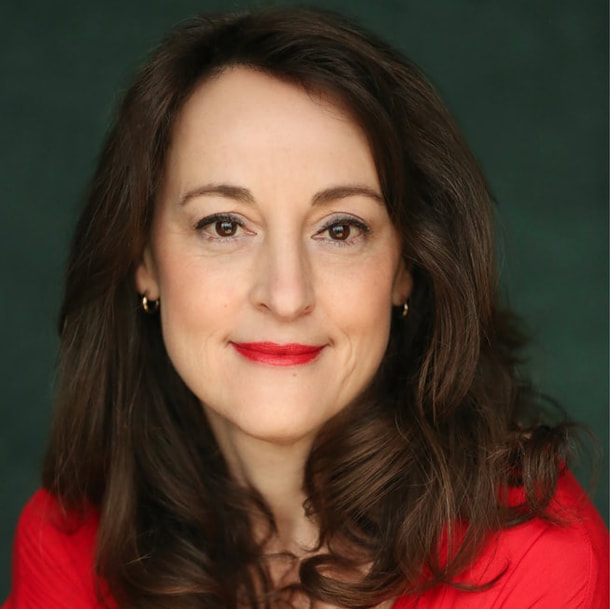 ​Biz Lyon is an actor and director based in Central London. Originally from Kentucky, Biz has studied at The Juilliard School and The New School in New York City and recently received her MFA in acting from East 15 Acting School in London.

Recent acting work includes a role on the Showtime series “The Man Who Fell to Earth” and a role in George Clooney’s “The Boys in the Boat.”  Biz appeared in a staged reading in July of a new play about spies in World War II, ‘Spycraft,’ for Little Lion.  She toured in February/March 2022 as Lady Jane Wilde in “Vengeance:  The Demise of Oscar Wilde,” a new musical, and played Olivia in Little Lion Theatre Company’s adaptation of Twelfth Night’ at the Tea House Theatre in Vauxhall.  She has also played Hovstad in 'An Enemy of the People' at the Bridewell Theatre, May in ‘The Things That Were There’ at The Hen & Chickens, Marlene in 'Top Girls’ with East 15 Acting School and starred in the one-woman Civil War-era show ‘A World Kicked To Pieces,’ which is based on the writings of Mary Boykin Chesnut.

Biz’ most recent directing projects were ‘Mrs. Kray’ for Little Lion’s “Stories from the Past” in summer of 2022 and the “Stories from Home” series in November 2021 where she directed ‘The Florrons’ Cake’ and ‘Across the Causeway,’ all new plays from Canadian writers.  Her other directing credits include 'Love's Labours Lost,’ 'Crimes of the Heart’ and 'Tobacco Road.’ 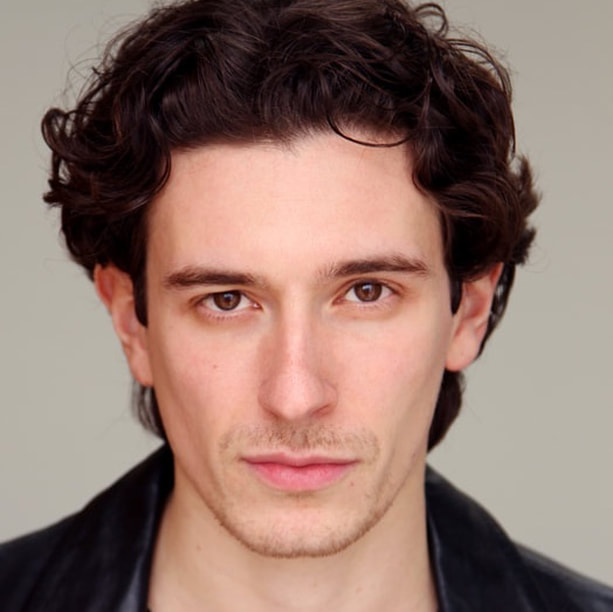 ​Robert De Domenici is a British actor, born and raised in London of part Italian descent. Whilst growing up in London, his friends gave him the nickname ''Robby D''. He has worked in film, theatre, and television, having started his career in a string of low budget independent films and landing roles in Off-West End theatre plays. His chameleonic versatility ranges from dark intense roles to lighthearted comedy playing a wide variety of performances.
In 2016, he made his screen debut in The Second Shepherds' Play, a film based on the medieval mystery play written by The Wakefield Master. His other film credits include Come Down (2018), The Shaman (2018), and Liberte (2020), an LGBT film about a young man who decides to become transgender. He made his directorial debut with The Pope of Arthur Avenue (2020), an Italian-American comedy short film set in The Bronx, New York which he also wrote and starred in. His theatre credits include the Royal Shakespeare Company Open Stages production of Macbeth (2015), Dead White Males (2016), Stags and Hens (2016), The Idiot (2017), and Jez Butterworth's Mojo (2018). In 2021, he played musician and songwriter Tony Banks in the television docudrama Breaking The Band: Genesis for ITV. Subsequently in the same year, he performed in the dinner theatre show Festa di Famiglia at Bunga Bunga in Covent Garden as well as playing Dante in the independent art house film Until The End Of Time. His latest credit is the lead role in Hayfever (2022) at Theatre Peckham for the Peckham Fringe. He trained at the Stella Adler Studio of Acting and The Lee Strasberg Theatre & Film Institute. 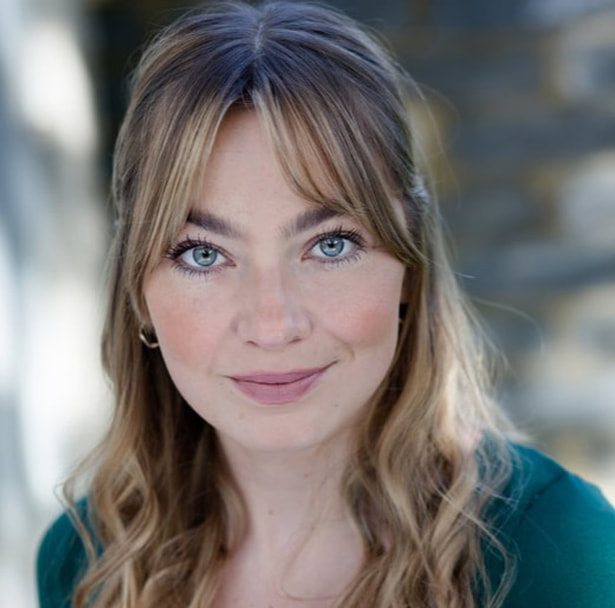 Sarah is an actor, singer and fight performer. She graduated from the Acting and Stage Combat course at East 15 in 2020 and has since performed in the Little Lion Theatre Company’s production of ‘What You Will or Twelfth Night’ at the Tea House Theatre in October 2020, and ‘A Midsummer Nights Dream’ with the Australian Shakespeare Company at Kew Gardens in Summer 2021. Some other credits include: ‘Highway 1: Stories from Far and Wide’ with the Little Lion Theatre Company, ‘Meteor’ with Make It Beautiful Theatre Company and Sarah is currently performing as multiple characters in Stranger Things: The Experience presented by Netflix and Fever. Her passions include Shakespeare and classical texts, physical comedy and writing/devising her own work and original comedy sketches. Sarah is so excited to work with Little Lion again on this exciting project! 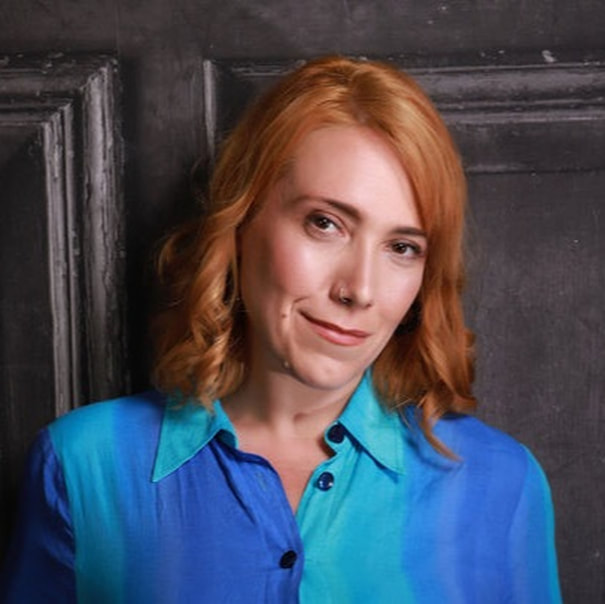 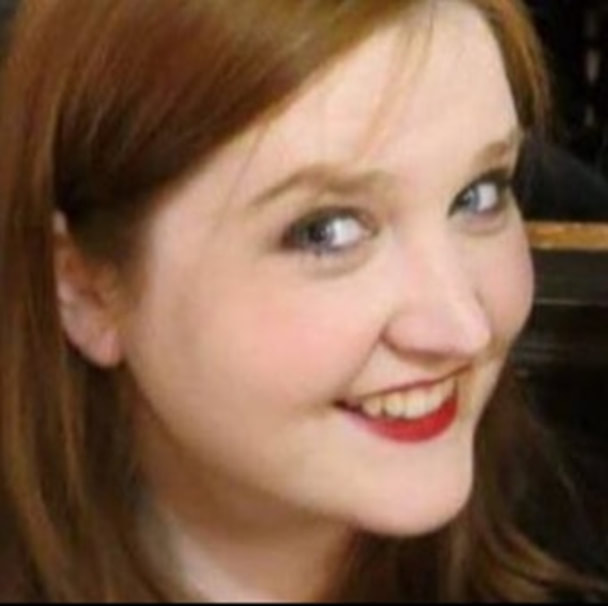 Alice Greening is a freelance producer, theatre technician and stage manager. Alice joined Little Lion Theatre Company in October 2017 as the producer for Tuesdays & Sundays at Theatre N16 and was appointed Executive Director in January 2018. Since then, she has produced all the productions and rehearsed readings for Little Lion Theatre Company, alongside a semi-staged concert performance of Flora Leo’s The Lightning Road at the Actors’ Church and Celine Snippe and Jack Godfrey’s Free Solo at The Hen and Chickens Theatre, Tristan Bates Theatre, and The Drayton Arms Theatre. Alice has worked in various backstage roles for the past ten years, and has a strong background in both music and theatre. She is currently studying for a PhD in Drama at Goldsmiths, University of London, where she is focusing on the roles of LGBTQ women in musical theatre. 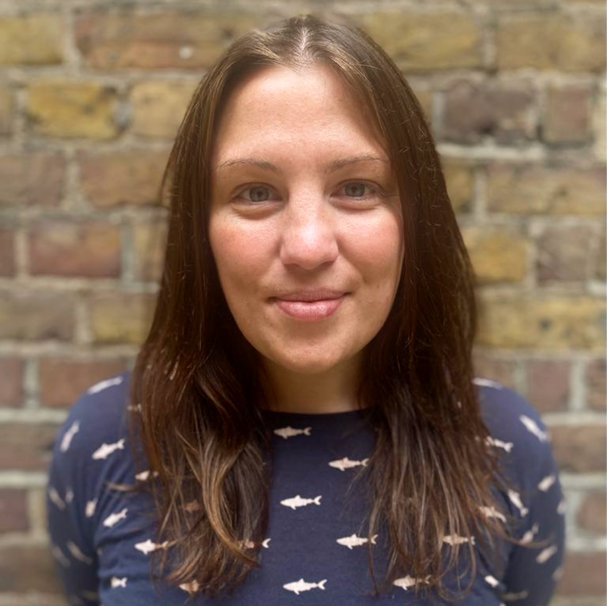 Amalia Rudström is a live artist, movement director, collaborator and researcher, born and raised in Sweden with a background in musical theatre and acting. She moved to the UK where she graduated from the Performance Art course at The Royal Central School of Speech and Drama 2021. Through her years in London Amalia has experience in various roles both on and off stage as a performer, choreographer, director, tech support and dramaturg and now testing the waters of producing. In her own current artistic practice however, she explores the territories of the human ennui - aka boredom.

Barbara is a Venezuelan-Italian actress, voice artist and stage manager, who is based in London.
She trained as an actor, where she studied in London, New York, Germany and Italy, and recently graduated from East 15 Acting School with an MA in Acting.
Her experience of working in theatre, TV and film made her curious to learn more about other areas, including stage managing and producing, and she is delighted to have been given the opportunity to work as a stage manager for Yaga. 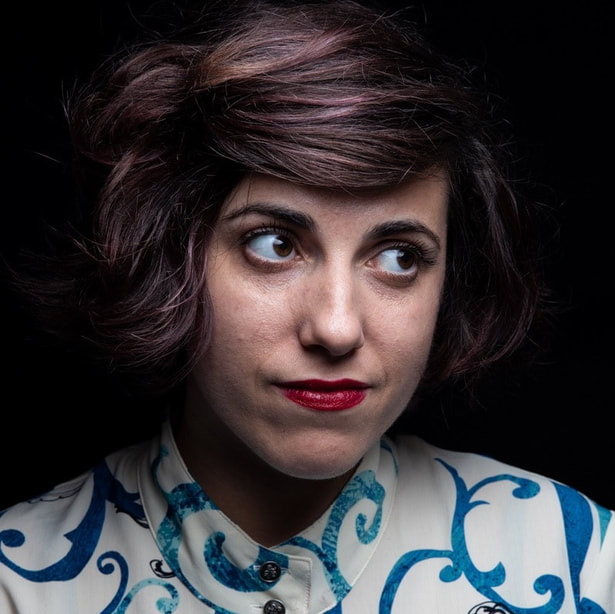 Valentina Turtur trained in Scenography at the Rome Academy of Fine Arts.
She has designed for screen and theatre both in Rome and London. Theatre credits include: Set and Costume Design for Paper Swans (Camden People Theatre); "What you Will" (TeaHouse Theatre) for Little Lion Theatre Company.
Set Design for “SELF(ish) Love” by Tommaso Giacomin (Omnibus Theatre); “Last Sales Conference of The Apocalypse” (Waterloo East Theatre) for Skitzoid Prodctions; “The Tempest” by Chris Whyld at The London School for Girls; "Shuga Fixx vs the Illuminati" for Guttersnipe Theatre (Downstairs at Pleasance Theatre); “Sprung”, “Jack Frost” (Norwich Theatre and Tour), "Baby Bear" (Half Moon Theatre and Tour), "Little star", "The land of Nod", "The Abominable Snowman" and "Little Red Riding Hood" for Moon on a Stick Productions (touring shows); "Uncle Vanya", "A Doll's House" and "Metamorphosis" (touring shows, The Old Red Lion, The Greenwich Theatre, The Vault Theatre) for Theatrical Niche Ltd; "Treasure Island" for Iris Theatre (The Actor’s Church) which has been awarded with the Offie Award 2017 as Best Production for young people (8+) .
Her work for screen includes Short, Feature films, commercials and tv series and it has also been awarded at the Depth of Field Int. Film Festival with the Excellence in Set Design Fall 2016 award. 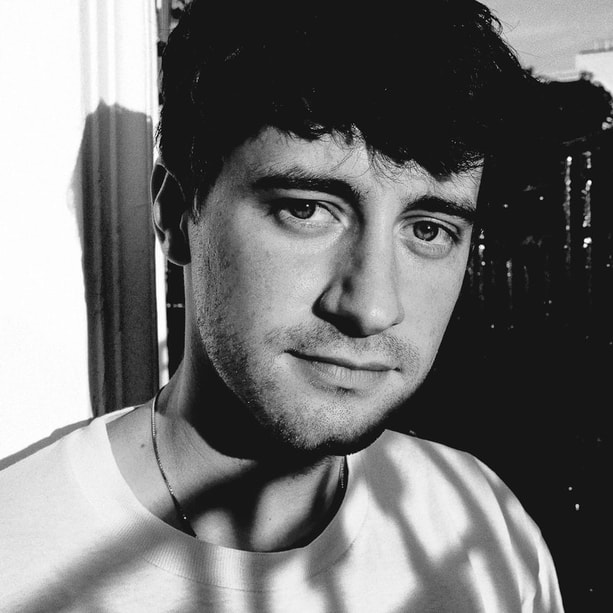 Michal is a lighting designer and photographer. Recently graduated from Goldsmiths where studied theatre and performance. He passionately combines low tech with newest technology to deliver striking imagery. ​ 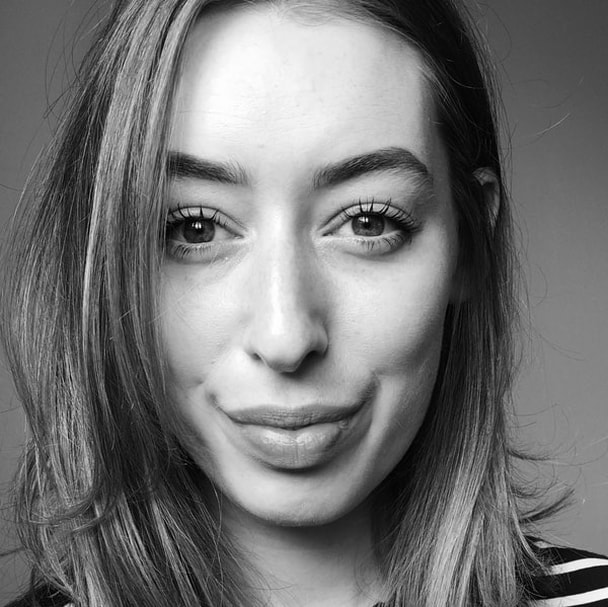 Abi is a movement professional and intimacy director. Having worked in movement for some years she completed her MA in movement directing and teaching at the Royal Central School of Speech and Drama. She has directed movement in several staged and workshop environments and recently facilitated intimacy for scenes in Todd Field's Tar. Her research interrogates how intimacy direction might continue to develop as a specialist choreographic field in the future.
​

​Paddy Gervers and Rob Sell are the founders of award-winning sound company Torch & Compass. Their eclectic body of work ranges from theatre sound design and composition to radio and album production. Their most recent projects include the audio adaptation of Peter Pan starring Olivia Colman and Kenneth Branagh, Jonny & The Baptists: Dance Like It Never Happened, Songs Of Friendship and Learning To Fly by James Rowland, and the Sound Heap podcast (BBC Audio Drama Award Winner).

Little Lion's production of Yaga is generously supported by the Arts Council of England's lottery programme.

Press and Praise for Yaga